For a cause that NGOs work towards and make impact for, they undertake many projects in different areas. If you’re an NGO, most probably you’d test the ground and analyse the current state of the area for your project work. For example: NGOs working towards education would adopt some government school and improve the quality of education and the conditions of that school. But before they begin implementing their solution they would conduct a baseline survey to record the current state and to set a target. Similarly for NGOs in agriculture may adopt farms or self-help-groups and help them grow but in the beginning they conduct a baseline survey.

If you’re an NGO that’s not been using technology for baselines, you’d be taking the survey on paper and then you’d find ways to make it digital so that the data is recorded somewhere on the computer. As the number of projects increase and the number of baseline surveys increase, it’ll get harder to maintain the data and to revisit it. The baselines generally don’t end here, there are more processes and activities around it for the NGO like analysing it, preparing a plan to improve the condition and then measuring performance at the end of their program with an endline.

NGOs can enhance the baselines and make the process of capturing the on-ground data much easier and more efficient. One way of enhancing the baseline is using photographs. Photos with the survey add another dimension to the report, it improves the observation and makes the on-ground data much more meaningful and the photographs help revisit the initial state when comparing and analysing the growth. Shikshanjali, an NGO working in the Education domain, after using ManageMyNGO said that it led to better understanding of the progress and implementation of the solution on ground. Along with being able to add photographs they found the overall experience much better than not using any form of technology, “they could simply capture the data on their phones and forget about it. They din’t have to worry about the data being lost”. Baselines became much easier to record since it could happen using the device they were carrying. And surveys for all the schools were stored at one place and could be accessed through any device of their preference.

Once the survey was recorded, the team members would get notified and the concerned members could view it at their convenience and work on it. Not just with the team, the baselines along with its analysis and solution presentation, can be shared with the stakeholders to make them identify with the cause.

There are many such overheads or the non-core activities that NGOs need to deal with while performing their core tasks. They may get caught up and and their impact may remain limited due to the inefficiencies in tasks which can be easily eliminated with the use of technology. 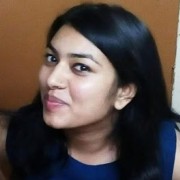 Adiba Ahmed
Adiba’s first love is writing. She uses words to tell compelling and truthful content. She helps us weave a story both for ColoredCow and the products we create. She is the one behind understanding the working of the product and creating help documents.